Truth-telling with a dose of hope

Already being hailed as “the next Woody Guthrie,” DC resident Crys Matthews is among the brightest stars of the new generation of social justice music-makers. Holly Near said, “Crys Matthews offers up a collection of fiery sermons, truth telling journalism and rally cries…sung to us with her compassionate voice full of heartbreak, indignation, encounter, uprising, and revolution.”

Matthews was born and raised in a small town in southeastern North Carolina by an A.M.E. preacher. She witnessed the power of music from an early age. A former drum major and classically trained clarinetist turned folk singer, Matthews is using her voice to answer Dr. Martin Luther King's call to be "a drum major for justice."

She blends Americana, folk, jazz, blues, bluegrass and funk into a bold, complex performance steeped in traditional melodies and punctuated by honest, original lyrics. She finds inspiration in her surroundings, from driving through the Blue Ridge Mountains to the compelling and heart-breaking love story of Richard and Mildred Loving. Her music is thoughtful, realistic and emotional, reminding us why music indeed soothes the soul.

A passionate and powerful blend of infectious Americana melodies and folky instrumentation, Matthews delivers her honest songwriting through a beautifully raw and unfiltered lens. Oozing soul, her voice bleeds with emotion and gratitude, while simple piano melodies and upbeat percussion fill you with appreciation and love for the people around us who fight for change. —Ear Milk

Her songs encourage confrontation with tough issues. In the great tradition of folk music, Matthews brings listeners in with sweet sounds that grab them by the heart, and just as they are cradled in her soulful voice and her deft handling of an acoustic guitar it’s as if Matthews says, “Now that you’re here, we’ve got some things to talk about. — Pride Source

~ This project is also made possible through the support and generosity of our Folkus members. ~ 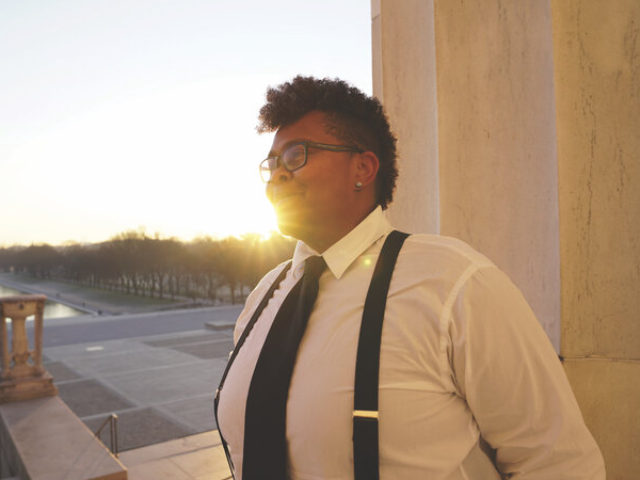