Sal “The Voice” Valentinetti, Heidi Klum’s unforgettable 2016 Golden Buzzer recipient and finalist of America’s Got Talent, is an Italian-American crooner known best for his flawless vocals, larger than life personality, and his heart of gold. Born August 26, 1995, Sal was raised in the small town of Bethpage, New York where he still resides today. From a very young age Sal was influenced by his grandmother to love the musical genius of the classic crooner sounds of Dean Martin, Tony Bennett and Frank Sinatra.

From Madison Square Garden in NYC, to opening for Jay Leno in Las Vegas, to selling out the legendary NYCB Theater at Westbury like all of the greats before him, to 2 Grammy Award nominations; it’s safe to say that Sal is only getting started. 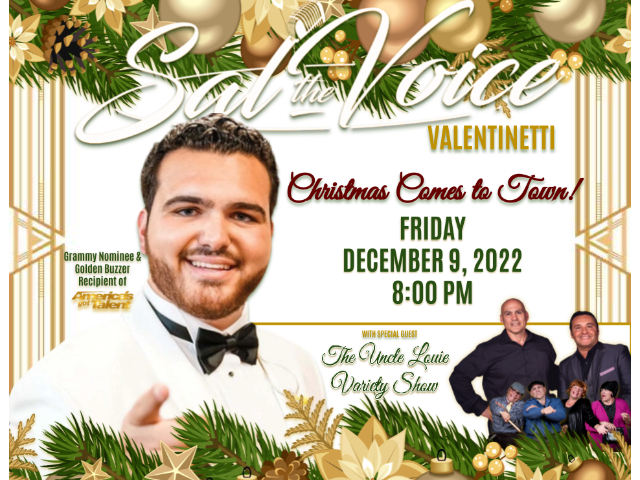